Toyota has one very big claim to fame when it comes to the automobile industry. The Toyota Corolla, launched in 1966, is the best selling cars ever made with total worldwide sales of 43 million, as of 2017. In a distant second is the Ford Model F with 33 million sales and the VW Golf with 30 million. 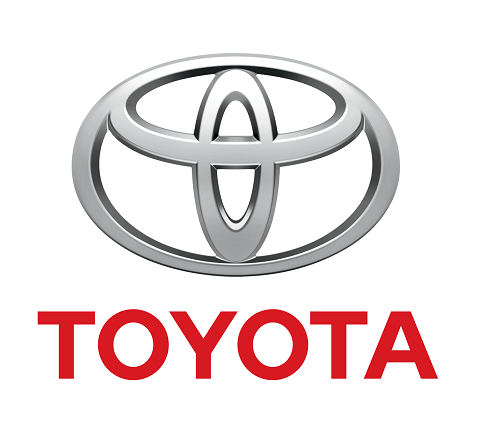 It’s fair to say that the Corolla has never had a flashy design. What it does offer is good fuel efficiency, reliability and affordability. From 2018/2019 an all-new Corolla Hybrid will be available which no doubt will help the model maintain its dominance.

Like many of the world’s major car manufacturers, Toyota has it’s origins in an entirely different industry. Sakichi Toyoda invented the world’s first automatic loom for use in the weaving industry and set up the Toyoda Spinning and Weaving Company in 1918.

The automatic loom attracted the attention of the Platt Brothers from the UK, and they purchased the production and sales rights for £100,000 in 1929. Sakichi gave the proceeds of the sale to his son, Kiichiro, to develop the automotive technology that would power the first Toyota cars. In 1936 the Model AA rolled off the production line as the company’s very first passenger vehicle. In 1937 the Toyota Motor Company was created.

Today, Toyota produces cars around the world, including at its UK facilities in Derbyshire, home to the Auris. The Lexus brand is also part of the group, and this targets the luxury end of the market, competing with the likes of BMW, Audi and Mercedes. The Toyota group is the second largest car manufacturer in the world, narrowly behind the VW group who took the crown from Toyota in 2016. Toyota is, however, is the largest manufacturer of hybrid vehicles and has been at the forefront of the market, predominantly with the Prius, for a number of years.

We realise that a Toyota can be a hard car to say goodbye to but when you do finally utter the words “it’s time to Sell my Toyota” you want to make sure you get the best deal available.

The process of selling your Toyota should be quick and easy with no complicated forms to complete and collection of your car from your own home.

Good news, this is where the Top Deals 4 Wheels specialists can help.

With our simple four-step process you could sell your Toyota within hours, and with our experts support, you’ll get the best price possible.

1. The first step is to complete our simple online form where we take down your contact details and important information about your car. Once your completed form comes through one of our experts will carry out an initial assessment.

2. Next, one of our team will call you, ask a few more questions about your car and you’ll then receive your accurate car valuation which is valid for 7 days.

3. Once you’re happy to proceed, we arrange a convenient time to come and inspect and collect your car.

4. The final step to complete the necessary paperwork and we then instantly transfer the money to your account.

Ready to Sell Your Toyota?

Click on the Value My Car button and enter your vehicle registration. Our clever system will automatically gather lots of information about your car from the DVLA and other sources. This helps speed up the process for you, but we still need a few key details that only a car’s owner can provide.