Common Types of Speed Camera Used in the UK

Love them or loathe them, over 3,000 speed cameras operate on streets and motorways throughout Britain every day. These cameras are rarely short of business. Speed cameras in Britain recorded a speeding offence every 75 seconds of 2018, with a daily total in quadruple figures.

While many complain that they are council money-makers, they also save lives. Britain, one of the most camera-dense countries in the world, also has the third safest roads in the world.

The sheer volume of traffic offences, however, speaks to motorists’ confusion about speed limits, or confusion about cameras. This list of the most common types of speed cameras aims to clear up both. 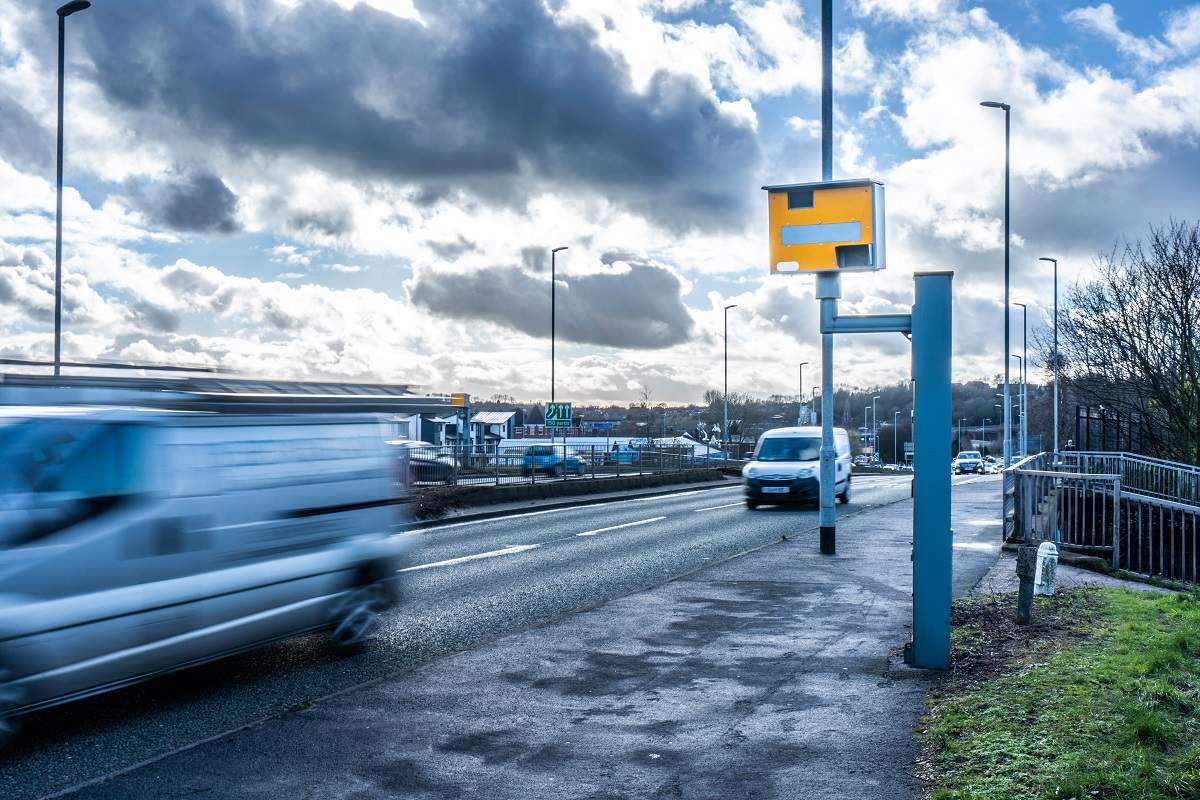 Fixed Speed Cameras, the most common type of roadside speed camera, will be familiar to most Britons. As the name suggests, the cameras remain static to curb speeding on straight stretches or accident-prone roads. There are several different types of fixed speed camera in action in the UK today.

Gatso, an abbreviation of their Dutch manufacturer Gatsometer, was the first brand of speed camera used in Britain. Since digitising in 2007, the new Type 24 became the standard boxy yellow camera with the square lens we all know and love.

It relies on white horizontal stripes on the road surface, called secondary checkmarks, to detect and catalogue speeding offences with flash photography. The flash, however, can dazzle motorists, so the Gatso only takes photos of vehicles from behind. While logging the time, date, speed, and number plate of the car, this system fails to place a specific person behind the wheel.

The secondary check marks are so-called because all speed cameras, by law, must use two types of data to prove a motorist’s speed. Gatso cameras use radar technology alongside photography in their double-checking process. Although the cameras only function in one direction, you may notice sets of secondary check marks in both directions from the camera. This is so Gastos can be rotated if operators decide to monitor traffic in the other direction.

Truvelo cameras share a similar size and appearance to the Gatsos, except their camera apertures are round rather than square. Their main functional difference lies within the camera, as they solve the issues that the Gatso’s flash photography raises. Truvelos use infrared cameras and infrared flashes to operate outside of light’s visible spectrum. They can thereby photograph motorists head-on, without any dazzling effects.

One disadvantage of this technology is that motorcycles often lack a front number plate, rendering their driver unidentifiable to a front-facing camera. Truvelo solves this issue with the Truvelo D Cam, which can photograph road users from both angles and in both directions.

With front-facing cameras, Truvelos record the facial identity of the driver at the time of the offence. This removes the possibility for points-switching, and make sure the correct offender receives the penalty.

Highway Agency Digital Enforcement Camera Systems, or HADECS, often cause a lot of controversy. This stems from their small size, around half that of the Truvelo and Gatso, leading to their nickname as the “stealth camera”. HADECS are a newer system, used on British motorways. They primarily appear on smart motorways like the M25 and the M6, but their numbers will increase with the spread of smart motorway infrastructure.

Engineers mount HADECS on motorway gantries, to the side of variable speed limit displays. Their diminutive size and innocuous placement can make them very hard to see on a motorway, particularly when travelling at the national speed limit (or above). 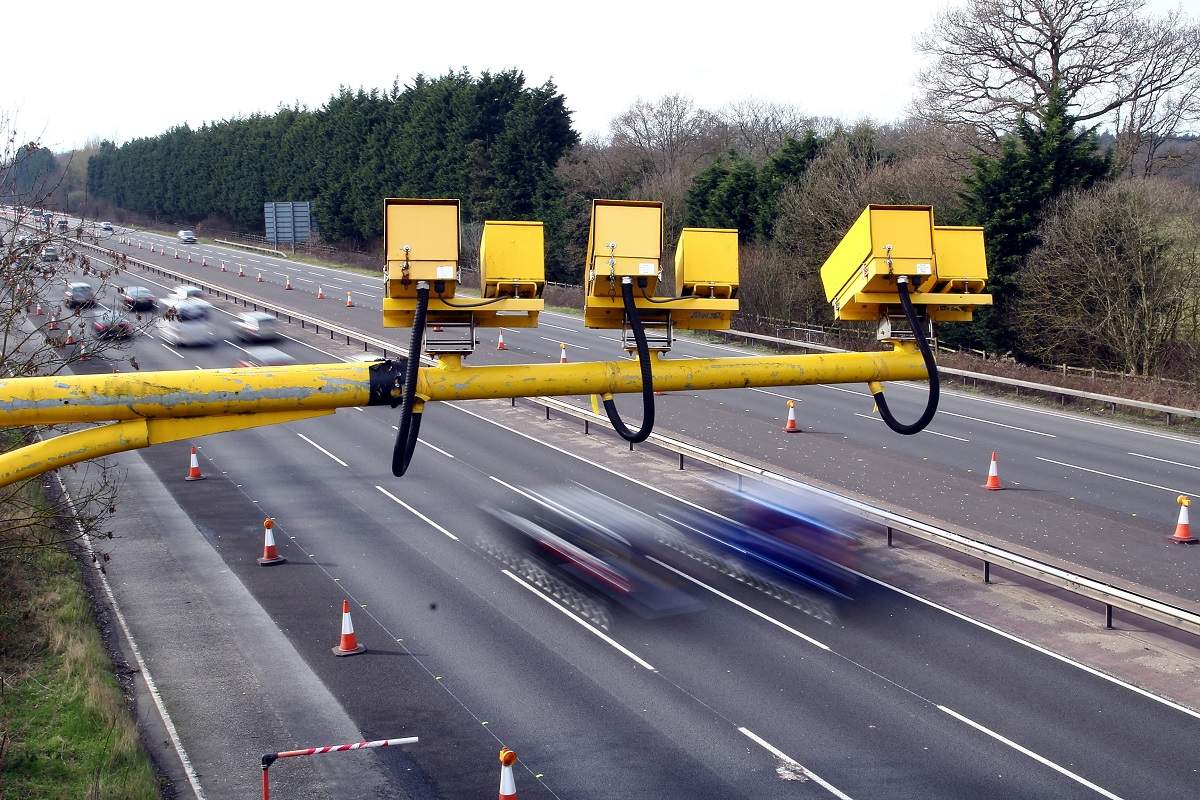 Like other fixed camera systems, they use a combination of radar and digital photography technology to measure driver speed. Their main difference to the other common speed cameras is their variability: mounted on variable speed limit displays, HADECS vary their speed limits with the motorway. Of course, they will still penalise motorists who exceed the national speed limit, even when the variable speed limit is not in place.

Unlike fixed speed cameras, average speed checks aim to steady the flow of traffic over a larger distance. By installing sets of cameras at intervals, these systems hope to delay the rapid braking and acceleration, which can occur in fixed camera setups. It’s important to address the common myth about variable speed cameras: while changing lanes on a motorway used to confuse them, this does not work on most modern systems. Each camera nowadays overlaps onto multiple lanes and uses multiple feeds from separate data sources to measure speed accurately and reliably. These systems also couple in a variety of types, but chiefly SPECS and SafeZone.

SPECS, which gets its name from its manufacturer, Speed Check Services, is a common motorway average speed check system. It’s the classic setup of multiple small yellow cameras on multiple gantries you can see on most British motorways.

With infrared cameras and video feeds, they enforce speed limits night and day. Each camera array appears 200 meters apart and can span huge swathes of land. Most notably, the longest SPECS system in the country span 100 miles of the Scottish A9 between Dunblane and Inverness.

SPECS uses ANPR, or Automatic Number Plate Recognition to track and trace the identities and addresses of speeding offenders automatically. In one form or another, SPECS and has been doing so since 1999.

The SafeZone, from German tech company Siemens, look more like standard CCTV cameras, but bright yellow. Local councils commonly use them in residential areas of towns and villages. If there is a variable speed zone near your high street or school, it is probably a Siemens SafeZone. Just like SPECS, SafeZones use ANPR combined with 3G networks to distribute speeding offence information digitally.

Across the country, mobile units conduct speed checks from marked vans with handheld devices. The units often park in designated laybys and bridges but must provide motorists with advanced warning of their location.

They often carry handheld versions of common fixed speed cameras, such as the Gatso. Otherwise, they use handheld laser gun monitors or radar equipment. Lasers, an acronym for light amplification by stimulated emission of radiation, provide rapid means of measuring speed. By aiming laser monitors at a moving car, operators can determine its speed in half a second. Mobile units, therefore, have the rapidity and flexibility to enforce speed limits in areas which fixed or variable cameras cannot.

While knowledge of speed cameras can keep you safe from fines, the best way to stay safe from both driving penalties and driving accidents alike is to drive safely. Apps and Satnavs can warn you to slow down near speed cameras, but you can also slow yourself down at any point, to protect others. Drive safely, before advanced monitoring technology or driverless vehicles phase speeding out altogether.