If you’re going on a long journey, even with all the distractions that modern technology can provide, you can still find yourself getting bored.

Should the worst happen and you lose signal, or even worse, your phone batteries run out then you’ll need to fall back on some good old-fashioned games to get you through.

It’s always worth having some car journey games ideas that everyone can join in with and help to keep the driver alert.

Why not print this blog post out and put it in the glove compartment to be ready when you need it?

Perfect for quiet motorway driving as you don’t need to spot anything outside of the car. Simply work through the Alphabet with words from an agreed category;

• All players agree on a category – some good examples are films, tv shows, actors, sports teams, countries, bands, cars and food
• All players work together to run through the whole alphabet from A – Z for the chosen category Starting from the letter ‘A’ all players must provide an answer beginning with the current letter. For example, if your category was countries, some possible answers could be Australia, Albania, Afghanistan or Angola
• If no player can think of an answer for a letter move on to the next letter
• To keep score simply make a note of who gets an answer for the most letters to identify the winner
• To increase the game’s difficulty, pick more specific categories such as football teams or dog breeds

Cows On My Side

Spotting animals and locations outside of the car. This is best suited to drives through the countryside in daylight.

• Agree on an animal to spot. Probably most likely to be a cow or a sheep depending on the countryside you are driving through
• If you have full car divide people into teams, for example, driver side V’s passenger side. Alternatively, you could play driver vs passenger
• When you see a cow on your side of the road shout ‘cows on my side’!
• You get a point for every cow you see
• If you see a cow on the other side of the road and shout ‘cows on your side’, you can pinch a point from the opposition providing you shout up before the opposing the team
• Anyone who spots a cemetery needs to shout, ‘ghost cow!’ and they steal all the other team’s points

Using signs you spot on the outside of the car race your opponent through the alphabet. This game can be used throughout the whole journey as it could take a while depending on what roads you are travelling on. 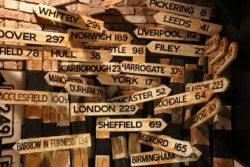 • The aim is to find words starting with A-Z in alphabetical order
• You can use road signs, advertising or business signs
• You’re not permitted to use number plates or car names
• Once a word has been used by one player, it can’t then be repeated by another
• The first person to get to the end of the alphabet is the winner

Perfect if you have a car full of movie buffs. This game relies on the knowledge a player already has and can be suited to any age group. If you want to make the game a little easier, you can extend it to include TV shows. 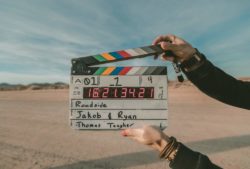 Its game is ideal if you’re driving in the dark as it doesn’t rely on spotting anything outside of the car. You simply connect actors through the films they have starred in.

A word game using the last letter of a previous word to create a category themed sequence. You can tailor this game to be suited to the age group in the car. It’s great for any point in the journey, and the driver can join in too.

• Agree on a category such as animals, food or films
• Start with one word for example ‘elephant’
• The next person then names a word in the same category that starts with the end letter of the previous word, for example, ‘tiger’
• You continue with each player taking turns
• If a player can’t think of the word they are out of the round
• The winner is the only person left in the round

We hope you can make use of these car journey games ideas on your next long journey. If you do use any of these games or have any ideas of your own please lets us know via Twitter or Facebook.